1964-1970 Mustang by Design: Gale Halderman and the Creation of Ford's Iconic Pony Car 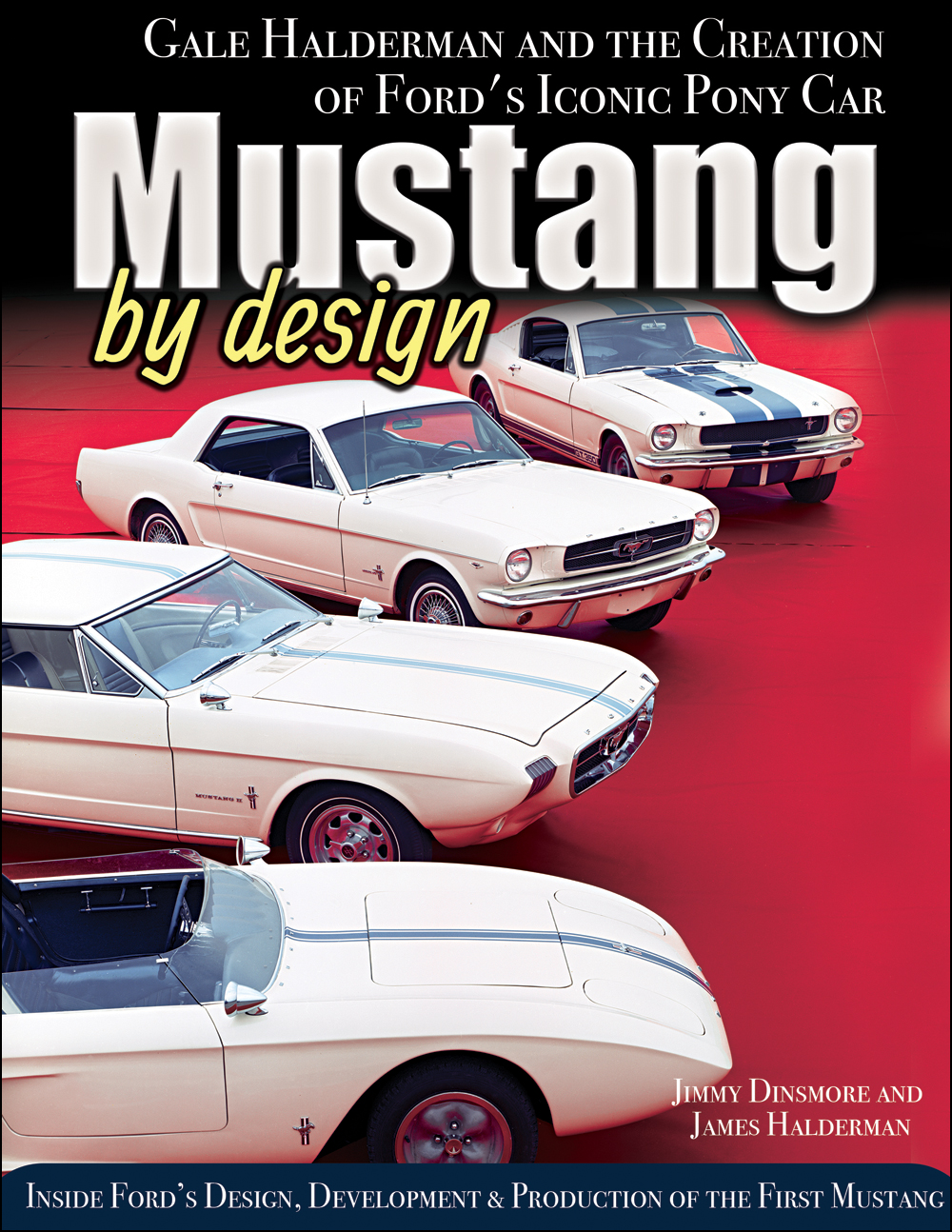 When Ford launched the Mustang, it created an automotive revolution. Award-winning designer and stylist Gale Halderman was at the epicenter of the action at Ford, and, in fact, his initial design sketch formed the basis of the new Mustang. He reveals his involvement in the project as well as telling the entire story of the design and development of the Mustang.

This book goes beyond the front doors at Ford into the design center, testing grounds, and Ford facilities to get the real, unvarnished story. Gale Halderman offers a unique behind-the-scenes perspective and firsthand account of the inception, design, development, and production of the original Mustang. With stinging losses from the Edsel fresh in minds at Ford, the Mustang project was an uphill battle from day one. Lee Iacocca and his assembled team had a herculean task to convince Henry Ford II to take a risk on a new concept of automobile, but with the help of Hal Sperlich's detailed market research, the project received the green light. Henry Ford II made it clear that jobs were on the line, including Iacocca's, if it failed.

The process of taking a car from sketch to clay model to prototype to preproduction and finally finished model is retraced in insightful detail. During the process, fascinating experimental cars, such as the Mustang I two-seater, Mustang II prototype, Mustang Allegro, and Shorty, were built. But eventually the Mustang, based on the existing Ford Falcon, received the nod for final production. In a gala event, it was unveiled at the 1964 World's Fair in New York. The Mustang received public accolades and critical acclaim, and soon it became a runaway hit. After the initial success, Ford designers and Gale Halderman designed and developed the first fastback Mustangs to compliment the coupes. The classic Mustang muscle cars to follow, including the GT, Mach 1, and others, are profiled as well.

The book includes 12 chapters of very well-researched material Color pictures throughout the book show car interiors, exteriors, and close ups of engines. You'll also see images of the assembly lines, concept cars, unusual Mustangs, and vintage black and white photos.  There are charts included, for example paint color codes for 1964 1/2- 1966 and engine codes for 1965 & 1966.  One chapter is dedicated to the Halderman Barn Museum.  The book, besides being well written, has high print quality.  This hardcover has a real sewn binding and a dust-jacket that reprints the graphic cover.

Buy now to own the first in-depth account of Halderman's role in designing the Mustang.

Halderman James
"Gale Halderman and the Creation of Ford's Iconic Pony Car: Mustang By Design"
176
11.25 x 9.00 x 0.65 inches
You can be the first one to write a review.
Write a Review