1924 Buick "The Factory Behind the Car" Hardbound Book 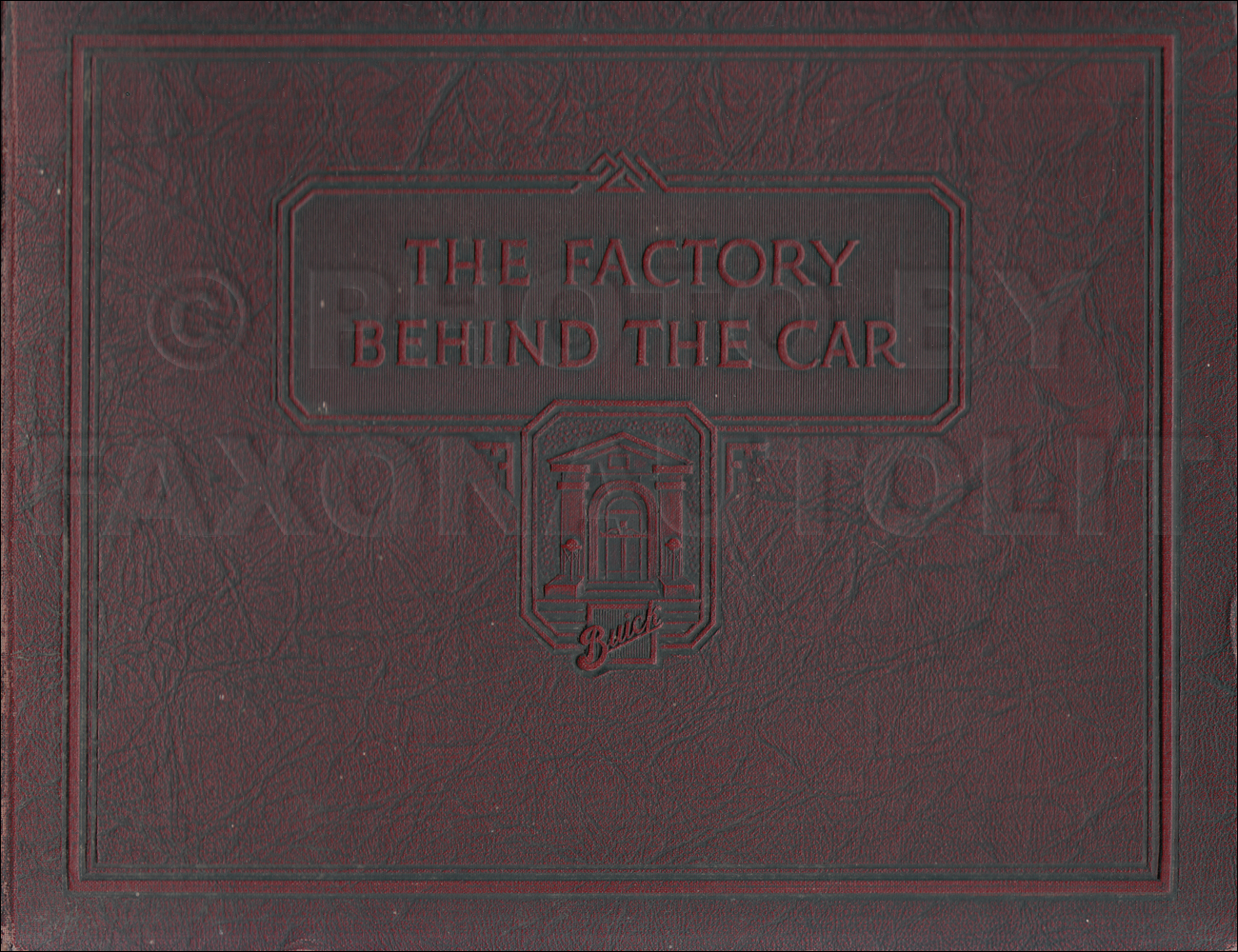 This book was intended for prospective dealers and is divided into two halves. The first half includes a tour of the Flint factory and the second half covers each of the plants and departments that produced materials for Buicks.

The factory tour begins in the lobby and office complex. Modern conveniences are highlighted, such as the building’s built-in vacuum cleaner system and pneumatic tube messaging as well as Buick’s telegraph and long-distance phone departments. Heavily pictured throughout, you even get a glimpse of the General Manager’s office and mounted moose head.

Next is the engineering department, and finally the machine shops and production facilities. Buick engineering and research was very important since buyers in 1924 would not be “thrilled by motion” as they were in the early days. Instead, consumers in 1924 focused on performance and service as they now “poke a knowing finger” into the workings of an automobile.

The second half of the book focuses on each department that helped produce Buicks, ranging from front & rear axle plants to sheet metal, upholstery and patterns. Power, steam and compressed air were all produced at the Central Power and Heating Plant and could produce enough energy for a city of 50,000 people. Independent assembly lines ultimately fed the main line in the assembly plant where a basic chassis rolled into the factory and departed under its own power at the end of the line.

Buy now to own a rare glimpse into Buick’s history.