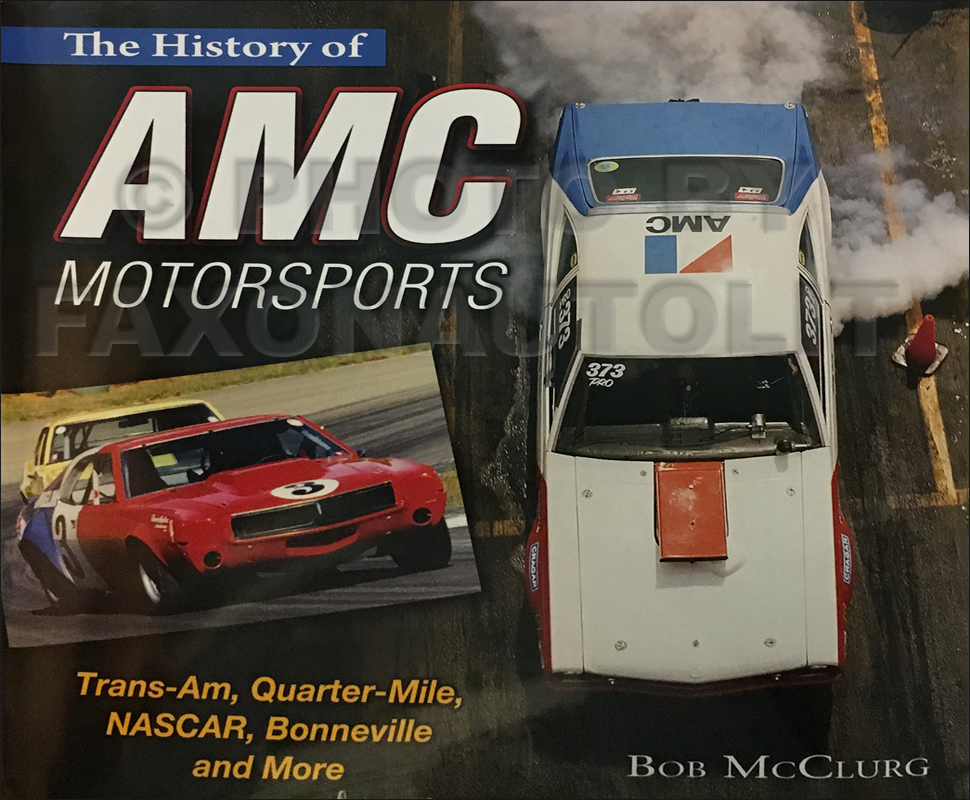 Never before has a single volume chronicled the events that encompass AMC racing history. The fact is that AMC has always been a "player" in 1960s American horsepower wars, albeit hidden behind the sizeable shadow of Detroit's Big Three. It's taken Bob McClurg five years to research the subject and he's unearthed some very interesting facts, tidbits, and until now, unknown facts about the high-performance jobs that originated from the red, white, and blue gang in Kenosha, Wisconsin. We're talking about in-depth interviews with those who were in the trenches, Czarnecki, Penske, Proffitt, Shahan, Thorley, Kaplan, and so on.


This book covers it all, from a Nash–American Motors corporate history, the first years of NASCAR, the 1960s efforts that included Trans-Am and drag racing Super Stock programs, to the Craig Breedlove land speed record efforts when 106 world records were shattered and covered by Hot Rod magazine. And let’s not forget the 1970s Trans-Am championships with Donahue and Penske, and finally the NASCAR success with Bobby Allison in the always-curious-looking Matador, which is also covered here.


Pages and pages of never-before-seen photos illustrate the book - there are a total of 292 color and black and white photos. Buy now to own the most thorough, best-researched in-depth history of AMC on the track.