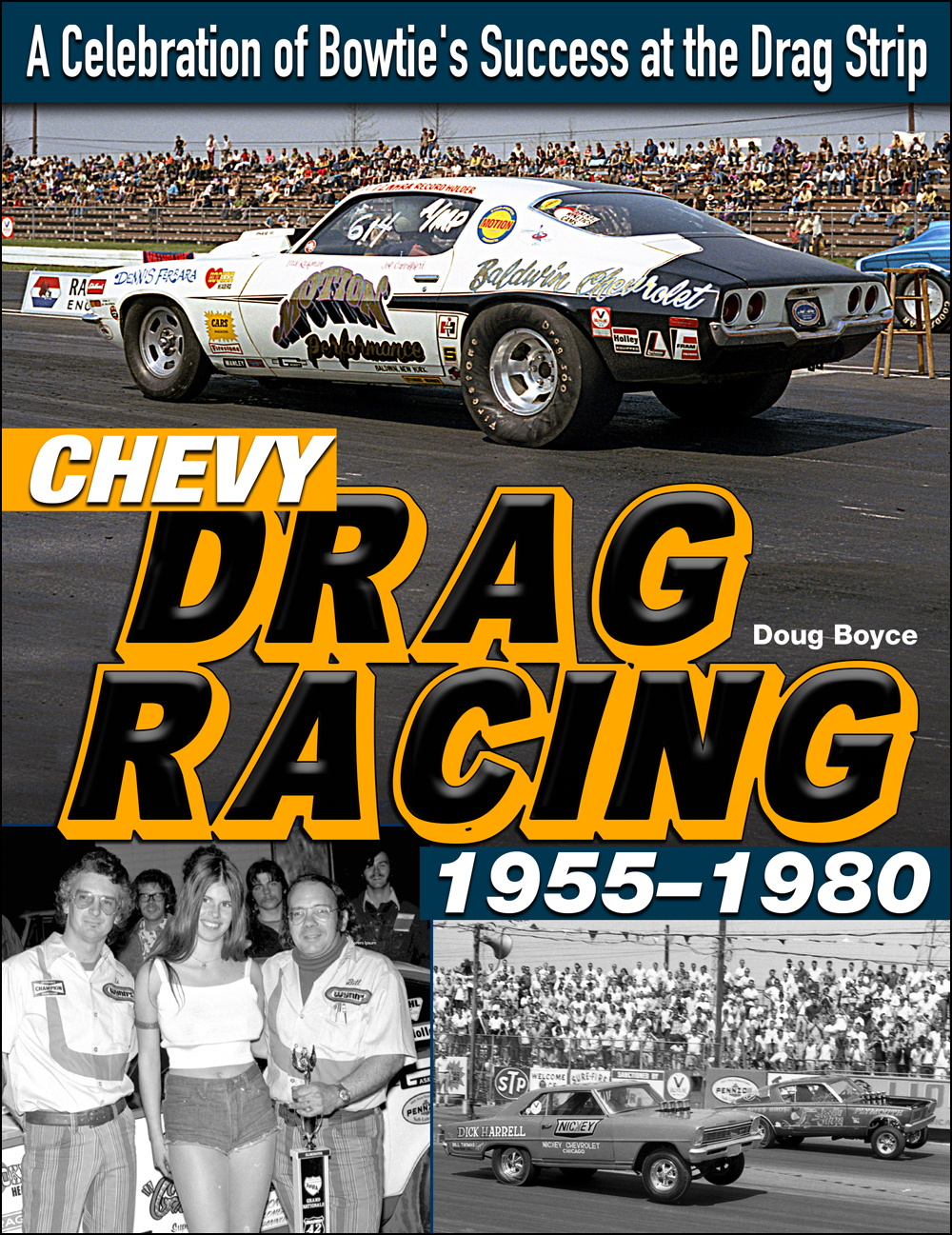 Tweet
Relive the glorious first 25 years of Chevy drag racing in this comprehensive and nostalgic history.

With the introduction of Chevy’s OHV V-8 in 1955, the brand’s domination on the drag strip immediately snowballed. Drag racers loved the compact V-8. It was lightweight, revved high, and responded like no other engine previously produced. Chevy saw a record year in sales in 1955, thanks to a combination of a restyled body and the new mill. It was the age of ingenuity, and those who could get their hands on the new engine were swapping it into engine bays that once housed other weaker mills. Ford’s flathead, one that had dominated for so long, was rendered obsolete almost overnight.

Chevy had a winner and dominated the sales charts for years to come. Aftermarket manufacturers got on board and offered all the go-fast goodies needed to make Chevy a winner, no matter what category they ran. From Dragsters to Stock, Chevy’s success was immediate. And it was a long-term success, thanks to a combination of years of great styling and a vast array of driveline combinations.

Accomplished racing author Doug Boyce takes a celebratory look at those years of success, with a focus on the first 25 years (1955 through 1980). Chevrolets gave rise to such stars as Bill “Grumpy” Jenkins, “Jungle Jim” Liberman, “Sneaky Pete” Robinson, "Dyno Don" Nicholson, Sox & Martin, Dick Harrell, Dave Strickler, and many more. World champs and fan favorites all drove Chevys.   The book is arranged by racers, detailing the history of each one.  The success showed in the record books. No brand has won more races and events or has set more national records than Chevrolet. And unlike the other manufacturers, Ford and Chrysler, it was done with little to no factory support.

Whether you are a hardcore Chevy fan or just love catching up on the history of drag racing during the golden age, this nostalgic look at Chevy racing history is sure to entertain for hours on end.

214 color photos and 99 black and white photos.  Buy now to own the best history of Chevy's drag racing.