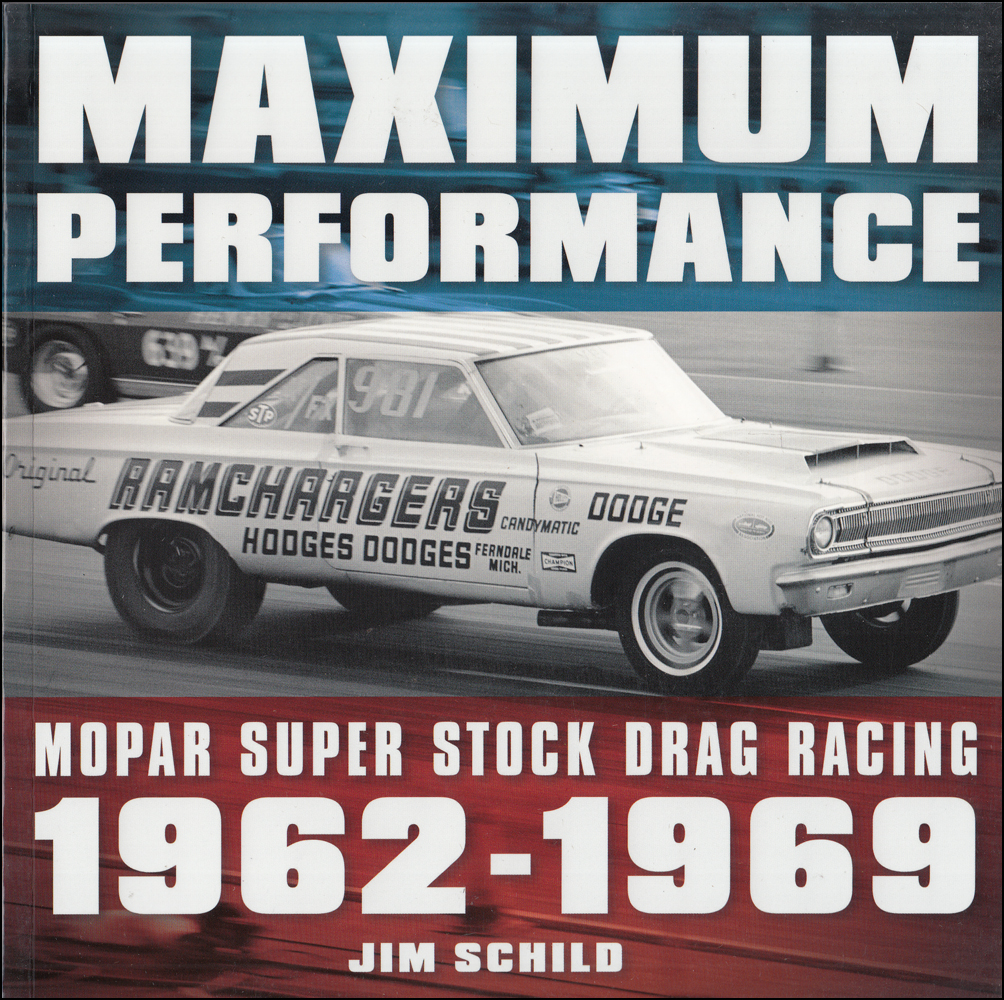 Tweet
This book details the evolution of Mopar drag racing with historical photography and stunning images of race cars. You'll see a chapter devoted to each year between '62 and '69 (with a '66-'67 combined chapter). Each chapter details the design changes in car bodies along with descriptions of the racing engines, transmissions, lightweight body panels, and option packages (often with option codes); specifically, this book details how racing parts differed from standard equipment. You'll see a specification page for the racing engines in each chapter, such as the 413 maximum performance, 426 Ramcharger/Super Stock 426 A, II, III, wedge, 440, & Six Pack, and of course lots of Hemis, like the Hemi 426, A-864, A990, A102, Super Stock, Street, and aluminum head models.

Find out how the Dodges and Plymouths (and their drivers) fared in each year's NHRA and AHRA races, along with lesser-known NADS, UDRA and others. The famous race teams and their drivers are all covered, including Sox & Martin, the Ramchargers, Golden Commandos, Dick Landy, Bill Flynn, Chuck Ostrich, Lee Smith, Jack Thomas, and many more.

You'll learn about factory race cars, Super Stock cars, FX, and funny cars, but also street models with racing equipment. The book is filled with photos of the early '60s Dart, Polara, 330, and 440 models, along with the later A & B-body racers like Dodge Charger, Coronet, 440, 500, R/T, Super Bee, Dart, and GTS. It also covers Plymouth Belvedere, I, II, HP2, Satellite, GTX, Roadrunner and Barracuda. You'll see dozens of colorful cars, both restored street models and famous racers like "Color Me Gone" and "Yankee Peddler," along with exhibition vehicles like the 65 "Little Red Wagon" A-100 pickup with a hemi in it. This has 160 pages with a mixture of black/white and color photos. It's brand new. Buy now to own the most detailed history of 1960s Mopar stock car racing.
Jim Schild
"Maximum Performance Mopar Super Stock Drag Racing 1962-1969"
160
8.50 x 8.50 x 0.50 inches
You can be the first one to write a review.
Write a Review

Hemi: A History of Chrysler's Iconoic V-8 in Competition