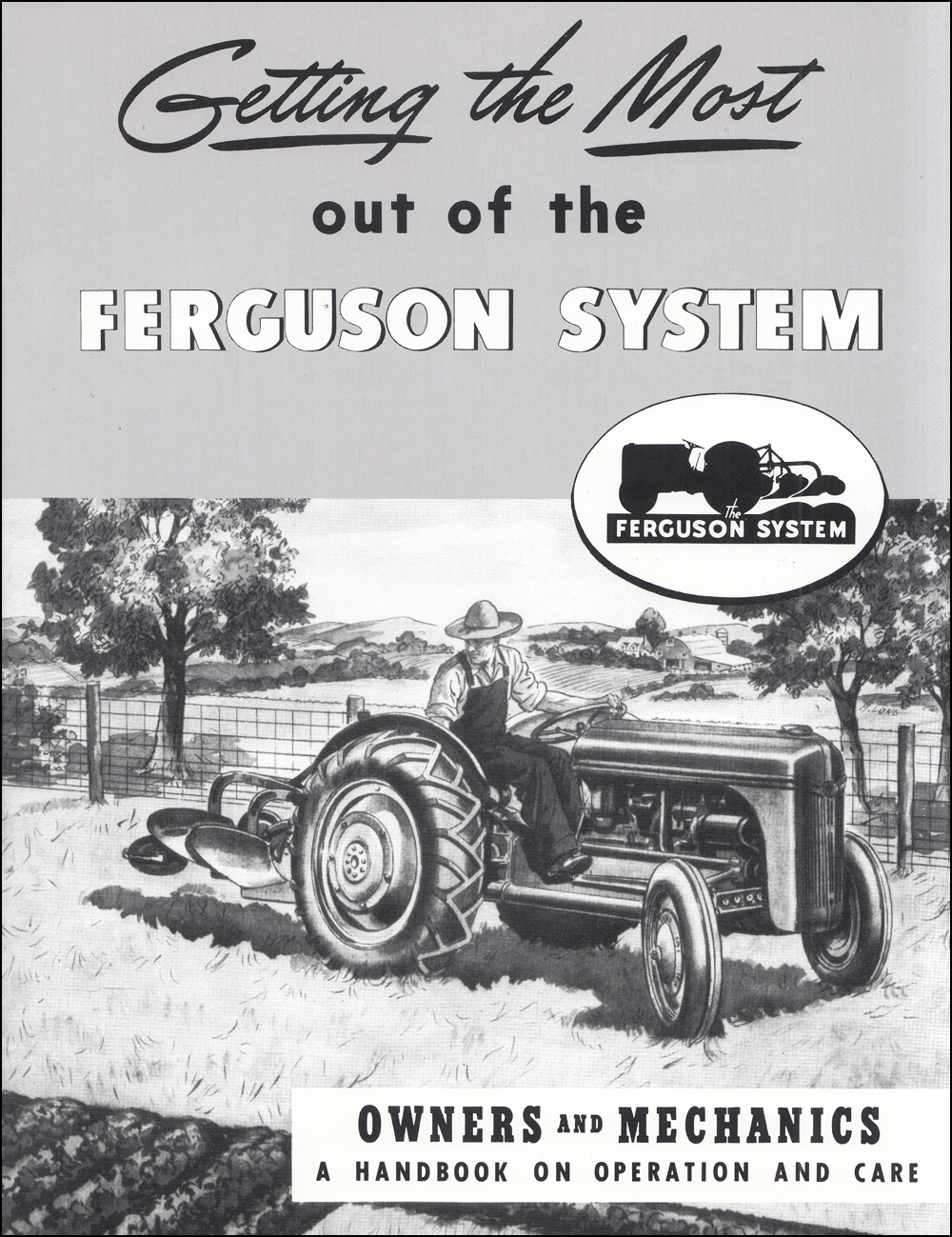 Tweet
This is a quality reproduction of the owner's manual that Ford issued for the Ferguson 3-point hitch and hydraulic implement system. Ford had the experienced operator in mind when they gave pointers on operation of the tractor, attaching & detaching implements, better plowing, using the Ferguson disc harrow with advanced disc harrow techniques, one-minute cultivator adjustment, and tilling with the system. Also includes maintenance schedule, lubrication chart, and instructions for care of the tractor itself! You will find out how to care for your Ford-Ferguson tractor's hydraulic implements with lubrication charts for the 2-bottom moldboard plows, disc plow, tandem disc harrow, single disc harrow, heavy-duty disc harrow, agricultural mower, PEO mower, lister cultivator, corn picker, and disc terracer. This manual was originally issued in 1946 and is meant for 1939, 1940, 1941, 1942, 1946, & 1947 Ford-Ferguson 2N/9N tractors; and would also be useful for 1948, 1949, 1950, 1951, & 1952 Ford 8N Tractors, and 1953, 1954, & 1955 Ford NAA tractors. 37 pages, New condition. Buy now to learn how to get the most out of your Ferguson system.
"Getting the Most out of the Ferguson System/Owners and Mechanics: A Handbook on Operation and Care"
37
This item is a reproduction
11.00 x 8.50 x 0.25 inches
You can be the first one to write a review.
Write a Review