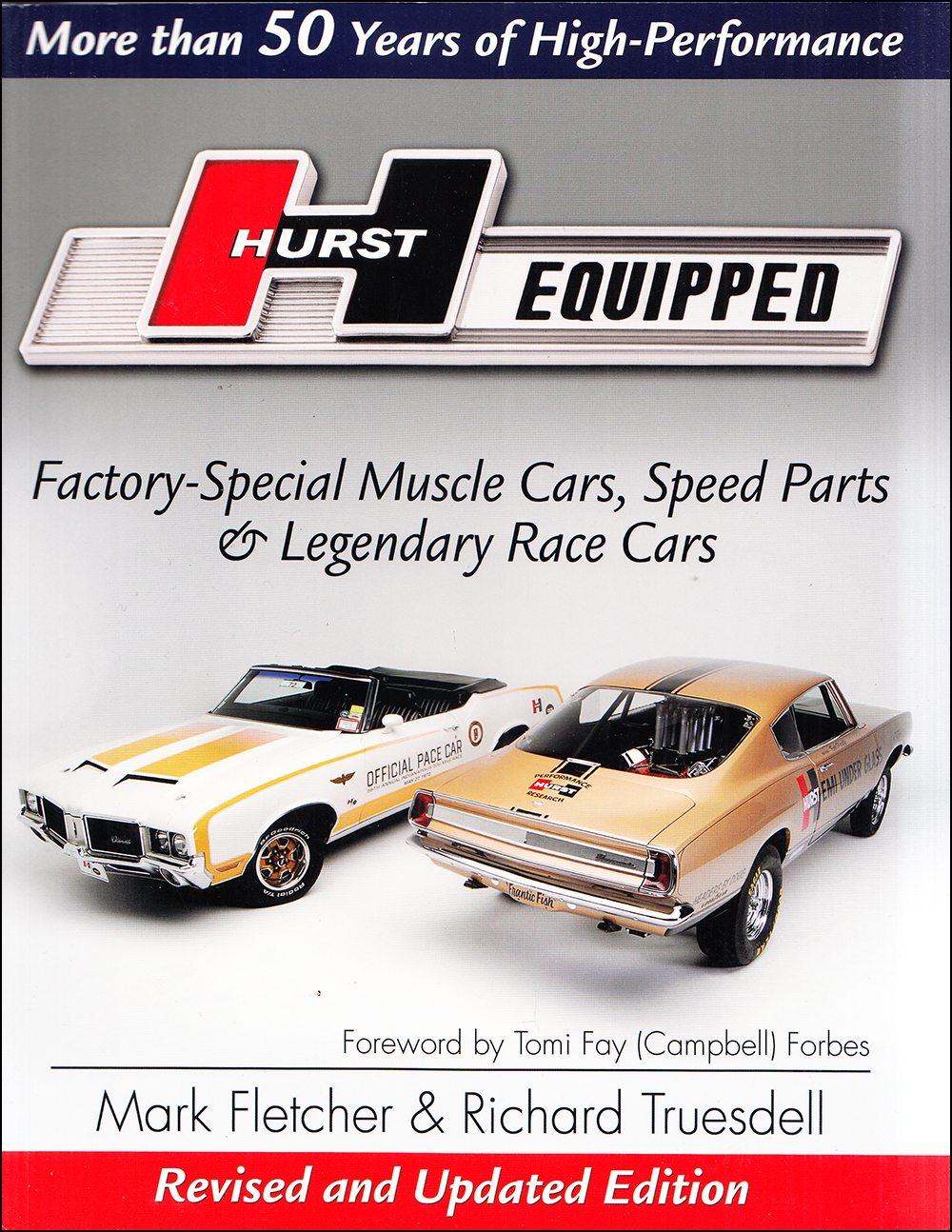 Tweet
This revised edition is the definitive history of all things Hurst - it is a well written, accurate, and compelling history of the Hurst empire. The story of George Hurst, his companies, the talented people, including Jack "Doc" Watson, Linda Vaughn, and others in his organization, high-performance conversion cars, competition cars, and the performance products have gone largely untold until now.

Jack "Doc" Watson joined Hurst and became a pivotal figure within the company, which led to many performance projects with Pontiac. Over the years, Hurst was also able to partner with Oldsmobile to build special 442s known as the "Hurst" Olds, with AMC to build the wickedly effective SC Rambler, and with Chrysler, to create a number of Super Stock cars as well as the 300H. High-performance street cars were just one part of the Hurst story. Hurst also created two of the most memorable exhibition cars in drag history, the Hemi Under Glass wheelstander and the dual-engine Hairy Olds. In addition, he developed the Jaws of Life to quickly cut open a car's roof to rescue the passengers.

Scores of interviews, in-depth research, and exceptional insight from veteran magazine editor Richard Truesdell and co-author Mark Fletcher have created a great book. Hurst Equipped captures the complete story from the production cars and race cars to the performance parts. 400 photos, both color and black and white.  Paperback binding.  Buy now to own the definitive Hurst history.
Fletcher & Truesdell
"Hurst Equipped Factory-Special Muscle Cars, Speed Parts & Legendary Race Cars"
191
11.00 x 8.55 x 0.45 inches
You can be the first one to write a review.
Write a Review