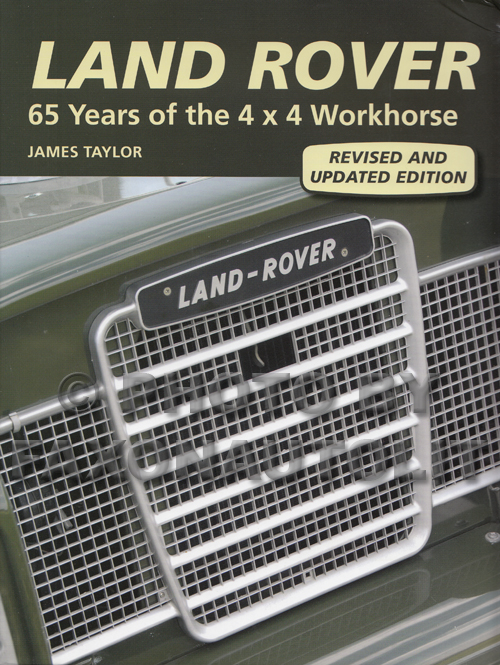 Tweet
Newly revised to cover up to 2013, this is the definitive history of the Land Rover. In this revised edition of his acclaimed book, first issued as Land Rover -60 Years of the 4X4 Workhorse, James Taylor charts sixty-five years of Land Rover development in comprehensive detail, bringing the story right up to date with the latest Defender variants. The Land Rover's gradual evolution has embraced a huge number of variants, and this book is the first on ever to look at the total story. This book covers prototypes and development vehicles, standard production models, special editions, Land Rovers built outside the UK, special conversions, military variants, and the Land Rovers that never were. The analysis of the models built in the UK and overseas is backed up by the story of their development, carefully gathered from interviews with those who were responsible and from documents written at the time. in addition, you'll see authoritative coverage of the many specialist aftermarket conversions that have added such rich variety to the Land Rover scene.

Comprehensively researched, exensively illustrated, and accessibly presented, this book is an indispensible read for all those who have an interest in the legend that is Land Rover.
James Taylor
"Land Rover 65 Years of the 4X4 Workhorse"
302
11.30 x 8.75 x 1.00 inches
You can be the first one to write a review.
Write a Review