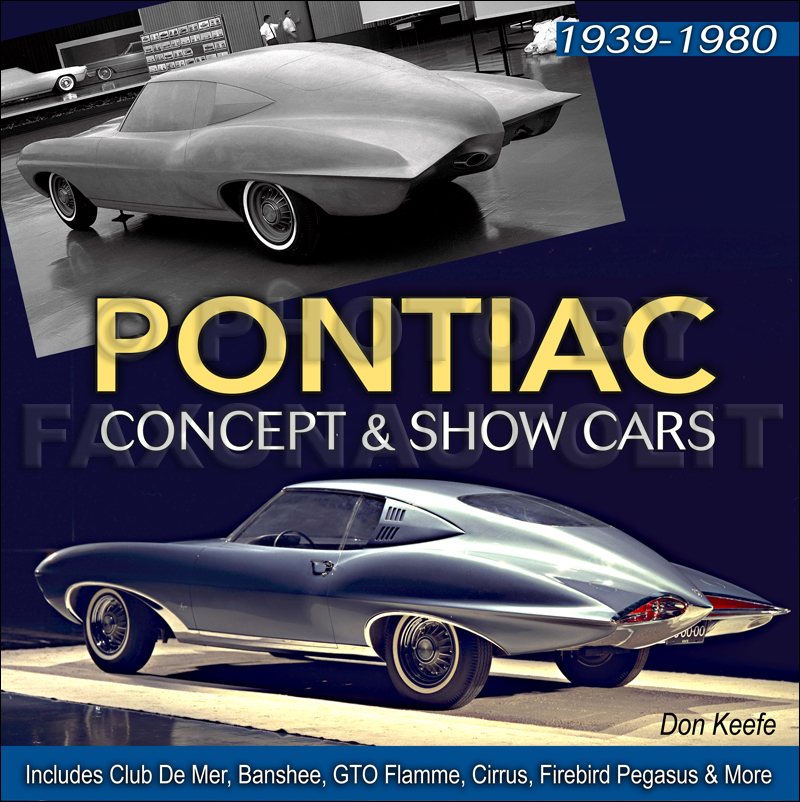 Tweet
Pontiac distinguished itself from other GM brands. Not only did it create the GTO, Firebird, Trans Am, and Bonneville, but the company's dedicated staff designed, developed, and built some of the most audacious and progressive experimental and concept cars. The management, engineers, and designers had a bold and distinct vision for Pontiac, and these cars were infused with their unique passion and vision. With a keen eye on the future, Pontiac created ground-breaking designs to show its customers what was possible.

This book gives you a comprehensive perspective of these landmark cars in the history of automotive design. Don Keefe, Pontiac historian and former editor of Smoke Signals, takes you on a fascination tour of Pontiac's automotive visions and wildest creations. Some of the cars never went beyond the experimental stage; others became prototypes. You learn the inside story on the design, modeling, and fabrication processes. And you are shown an automotive future that could have been, and the cars that became history.

These fascination and innovative Pontiacs from 1939 to 2006 are examined in exquisite detail. Pontiac fans, as well as auto history buffs, will enjoy reading and learning about these cars as well as Pontiac's Project X car program. Buy now to own the book that authoritatively and comprehensively covers the remarkable and influential Pontiac prototypes of the past.