The Lincoln Continental Story: From Zephyr to Mark II 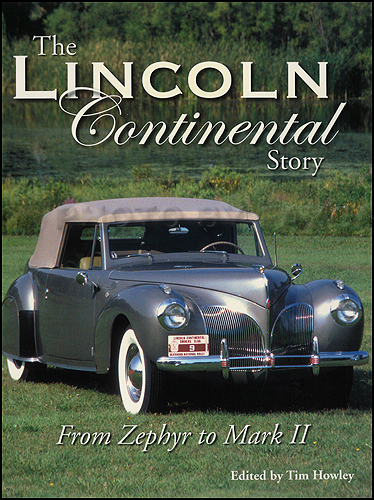 Tweet
Here is the history of the Continental by the people who know Lincolns best. This is the story as told in the pages of Continental Comments, the authoritative publication of the Lincoln and Continental Owners Club. It's loaded with insightful stories never before published outside of this award-winning magazine.

You'll find out about the styling and marketing of the car, see profiles of designers and cars, and even read an interview with Henry Clay Ford about the Mark II.Also included are stories about movie star and other celebrity owned Lincoln Continental cars including Rita Hayworth, Mickey Rooney, Jack Benny, Randolph Scott, President Harry Truman, Sally Rand, Babe Ruth and Frank Lloyd Wright.

This book sets the record straight on one of the most famous and misunderstood Classics in American history with articles by leading historians on the subject. Contains over 160 photos and illustrations. Buy now to own the best and most authoritative articles ever written about the first Lincoln Continentals.
Ed. Tim Howley
"The Lincoln Continental Story: From Zephyr to Mark II"
128
8.50 x 11.00 x 0.25 inches
You can be the first one to write a review.
Write a Review