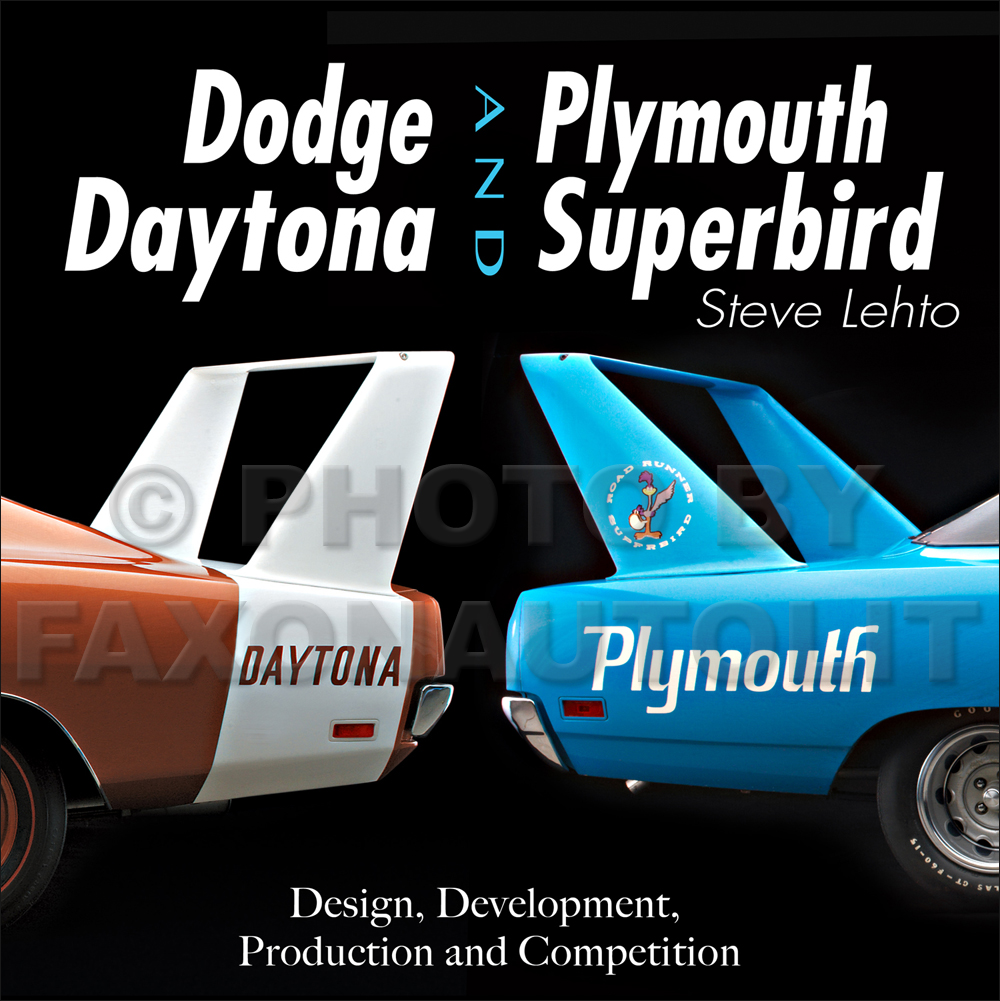 Tweet
In the history of Detroit, few cars have raised eyebrows like the Dodge Charger Daytona and the Plymouth Superbird. These purpose-built race cars looked outrageous thanks to their iconic nose cone and wing. Author Steve Lehto gives a thorough and detailed account of the history of the stock car racing battle that culminated with the final Aero Wars between the Ford Talladega/Mercury Cyclone and the Dodge Daytona/Plymouth Superbird. The story of Richard Petty's defection from Plymouth, the revival of the mighty 426 Hemi, and the creation of the street version of these cars come to light in this all-encompassing tale of Chrysler climbing the ladder to NASCAR supremacy.


The story of the development of these winged cars is remarkable. Chrysler enlisted rocket scientists to help design the world's fastest race car. Once the car was designed, the company agreed to sell them to the public at a loss so they could be raced as "stock" cars in NASCAR. The cars accomplished their task so well that NASCAR was forced to rewrite the rules, changing the face of the sport forever.


Includes 360 photos, mostly in color. Buy now to own the best and most in-depth history of most remarkable "stock" cars ever built and sold in Detroit.

Steve Lehto
"Dodge Daytona & Plymouth Superbird Design, Development, Production and Competition"
204
10.30 x 10.25 x 0.75 inches
You can be the first one to write a review.
Write a Review