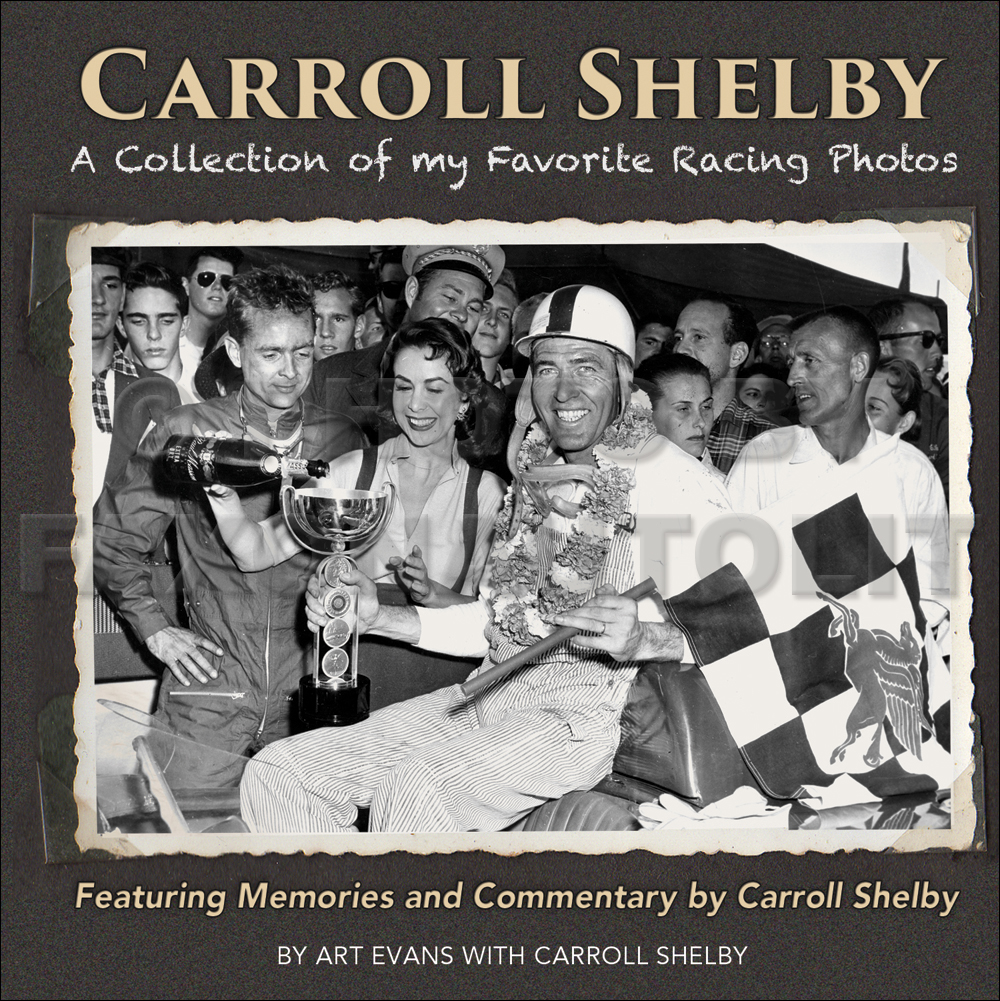 Tweet
Art Evans was a sports car racer in the 1950s on the West Coast who raced against , and became close friends with, Carroll Shelby. Their intense competition on the track became a lifelong friendship off the track. He and Shelby collaborated on many business projects over the years, including books, marketing projects, projects for the Shelby Foundation, and so on. Shelby loved books buy his eyesight was failing to the point where he had difficulty reading and preferred books that were heavy with photos. It was from that realization that Shelby and Evans decided to work on one last book together. They combed through the Shelby archives and selected Shelby's favorite images form his racing career. That is almost the entirety of this book. It is packed with photos selected by Shelby himself and the captions are quotes form Shelby's commentary on the action in the photo, as well as his memories. Filled with images that have never been seen in print, as well as images not published since the 1950s and 1960s, this final work from Shelby is a personally curated collection by the legend himself. You'll see photos plenty of photos from 1952-1960 while Shelby drove race cars in SCCA, Formula 1, Le Mans, and other races. Many of the photos feature competing drivers as well as Shelby's teammates. From 1961, the book turns to the race cars Shelby built for others (like the Cobra, King Cobra, GT40) and to the cars he sold himself and worked with others to sell. The paperback book has 256 pages, and is in BRAND NEW CONDITION! Buy now to own these words and photos from Shelby's final project.
Art Evans with Carroll Shelby
"Carroll Shelby: A Collection Of My Favorite Racing Photos"
256
9.15 x 8.95 x 0.55 inches
You can be the first one to write a review.
Write a Review