Hemi: A History of Chrysler's Iconoic V-8 in Competition 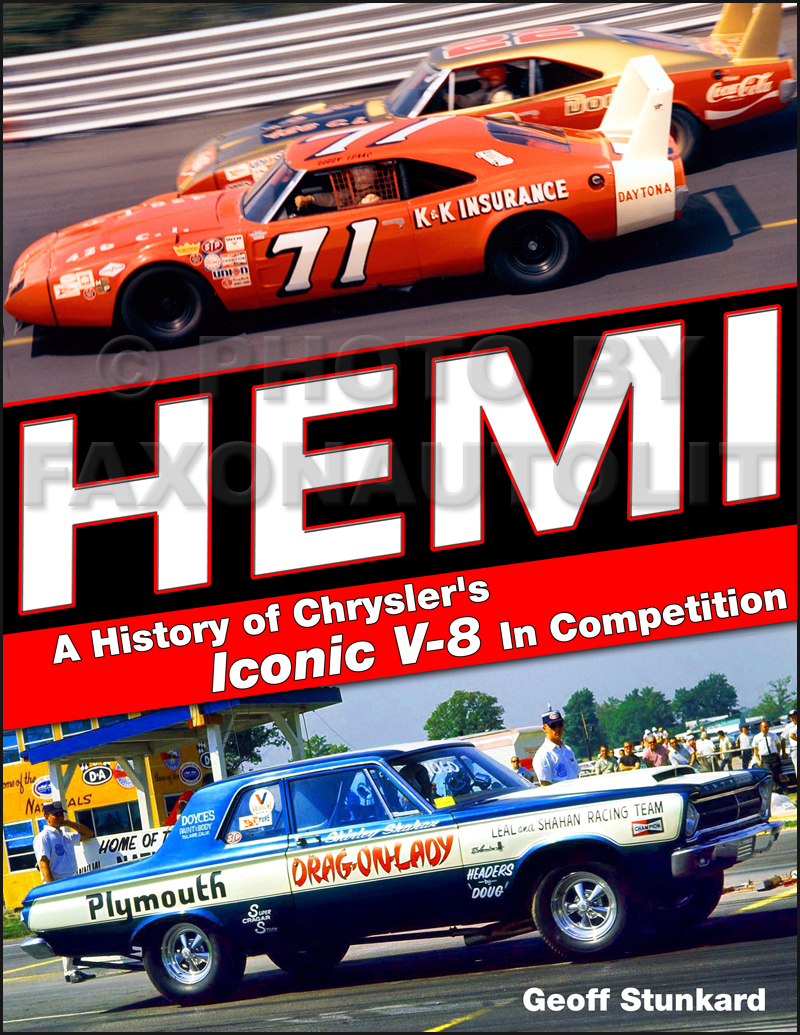 Tweet
This book tells the story of the second-generation Chrysler Hemi, released in 1964 and measuring 426 ci. The story is not relayed so much in mere technical terms, which has been done before, but in reference to its race-breed successes, challenges, and packaging. This fascinating Hemi competition history covers the big wins, many championships, and key developments in the engine's life. To begin you'll delve into the development and racing exploits of the first-generation 392-ci Hemi, and then you get a behind-the-scenes retrospective of the mammoth effort and resources that went into developing the 426 Hemi. You'll learn about the Hemi in racing from 1953-1979, but with special focus on 1964-1971.

In NHRA competition, the triumphs and challenges of Don Garlits, Dick Landy, Sox and Martin, and other drag racers are recounted. In NASCAR competition, the 426 Hemi debuted at the 1964 Daytona 500. By the end of the 1964 Grand National season, Hemi-powered cars amassed 26 race victories. NASCAR stars such as Richard Petty, Bobby Isaac, and David Pearson to victories and championships. Hemi-powered cars set speed records at Bonneville Salt Flats.

The 426 Hemi dominated the American drag racing and stock car racing scene like no other engine. In this book, the pivotal events, key people, and exiting wins are brought to life. Includes 425 black & white and color photos. Buy now to own this comprehensive Hemi racing history with never-before-published information,
Geoff Stunkard
"Hemi A History of Chrysler's Iconic V-8 In Competition"
192
11.25 x 8.75 x 0.60 inches
CT537
You can be the first one to write a review.
Write a Review